September/October-Experimental Sound Studio-Preus’s instrument will be exhibited in a solo show at ESS in the Acoustic Gallery.) 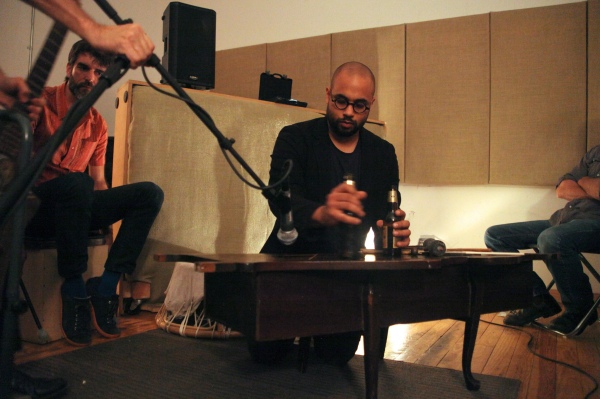 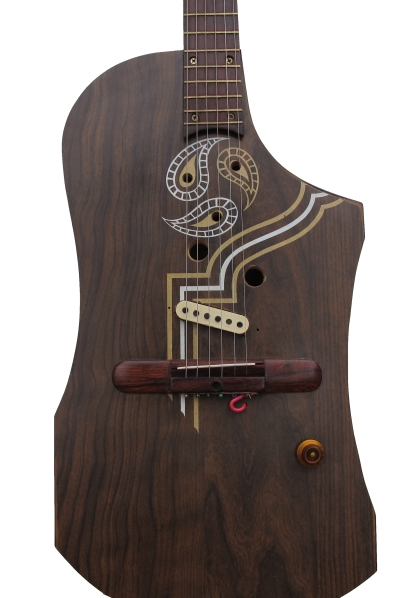 IT’S WITH MILD trepidation that I’m posting the essay I wrote for the upcoming John Preus show I curated for the Experimental Sound Studio (ESS) below. I say this chiefly becauseJohn’s own lyrical prose, posted here yesterday, is a very tough act to follow.

As I was writing this text, conversations I had had with John, glimpses of work in progress I had stole at our studio visit, and fragments of phrases from email exchanges were all still marinating for me. You’ll see some which percolated into the essay as quotations, but others are noiselessly wafting around and above it like a shimmering cloud of gnats.

This long-form approach to engaging with John’s work is what draws me to it– I have the sense that it is both tightly bound, fitted and finely finished, while simultaneously being on the verge of a blow out, ready to burst back into all the little bits and pieces he used to put it together in the first place.

Hopefully you had a chance to take in some of his other handiwork at EXPO this past weekend, and experience the atmosphere his work can initiate even amidst the hustle and bang of a massive art fair. I liken it to several tenants of the growing Slow Food movement below, but again John has bested me, and I have come to prefer his term “temporary stasis” for how it marries the fleeting with the stable.

In a way, I feel that dichotomy reflects the relationship between my text and John’s; mine being the former, his the later. I’ve used this introduction as a departure from my typical tone and mode of working in a nod to him, in gratitude for his art and writing which has inspired me, however cautiously, to adopt the gentle discomforts and bracing inscrutabilities of both lyrical prose, and long-lasting ideas built into short-lived experiments—–

John Preus is an artist, musician, carpenter, woodworker, and magpie. In the long-standing tradition of Chicago artists scavenging for “trash treasure,” he lets serendipity and the thrill of the hunt guide him in sourcing discarded materials. Each new piece is a design challenge, contingent on entropy and surplus, to revive what others have cast-off or given up on. His materials offer up an infinite number of solutions which he is constantly attempting to “extract and exploit.”

His built objects typically serve a functional purpose, and oftentimes they are made for domestic spaces but comprised of cannibalized furniture. His work is Surreal in the most basic sense that it de-familiarizes the familiar; we recognize a tabletop here or a headboard there. Because of this, it occupies a liminal space between constituent parts and compound whole.

At times, Preus foregrounds the beauty marks and scars of his material— a found, hand-painted design becomes the focal point of a guitar, imbuing it with a certain narrative quality. Other times, his material serves as a sort of visual pun— you’ve heard of making bedposts metaphorically sing? Well, Preus does so literally, turning one quarter of an old four-poster bed into an upright bass. By combining a fondness for his material’s embedded histories, with a craft person’s skill at building, and an artist’s eye for shine, his pieces celebrate their past proudly, reveling in their physical- ity. Oftentimes, this infuses them with a certain anthropomorphism. And yet, they are incomplete without us— who will play them? Who will listen to them played? The wistful air of the stray and the mutt also cloaks them, a perfect tragic foil to the aforementioned comedy.

Slow Sound draws inspiration from the Slow Food movement, sparked in part by Fergus Henderson’s cult classic cookbook, “The Whole Beast: Nose to Tail Eating.” This call to eat not just the choice cuts “high” on the hog, but the whole hog, necessar- ily means getting creative by saving bones for stocks, scraps for brines, and rendering the rest. Henderson has famously stated; “If you’re going to kill the animal it seems only polite to use the whole thing.” It’s that mentality which resonates so strongly with Preus’s own practice, echoing his questioning of the contemporary consumerist mantra, “Replacement is better then repair.”

Closing loopholes by pulling items out of the waste stream is done not so much with an overtly environmental thrust, although upcycling and net-zero philosophies are applicable. Likewise, the importance of the locally sourced and the handcrafted factor in, but aren’t the main driver. When I imagine Preus spotting the corner of a legless Formica table poking out of a dumpster in the alley, I bet he thinks about how the press board hiding just underneath its laminate surface is comprised of the same wood that a family heirloom is made from, and that in some factory somewhere, it was a person who helped fabricate it. Preus understands that the materials he works with shape shift as they move through the world, rising or falling in value due to changing tastes or compromised functionality.

The importance of context then becomes paramount, and so viewing— and hearing, these pieces at the Experimental Sound Studio is central. Preus’s instruments are

one-of-a-kind— no two pieces are alike, the materials used to fabricate them are unique, and their overall construction is unconventional. Simultaneously, however, they produce relatively standard sounds. New Material, the band comprised of Mikel Avery, Leroy Bach and Tadd Cowen, along with Preus, play straight ahead improvisations, replete with melodic solos and quoted popular tunes. And so again, these pieces shape shift, cultivating relationships across incongruities; they are accessible and engaging while simultaneously surprising expectations of traditional instrument construction, sound resonance and amplification.

Preus’s practice conflates fine art, design, architecture, music, curating, writing, social engagement and environmental studies, among other things— such as parenthood, citizenship and faith. It transgresses commonly held notions of labor and value in favor of a post-scarcity worldview. It questions industrialization’s monocultural market place and the planned obsolescence it perpetuates. It celebrates leisure time and recreation- al activities in a loose sense, honoring unstructured deep play and creativity-sparking boredom. It recognizes change as inevitable and speed as constant, but puckishly messes with the variability of pace. More than anything, it is concerned with morpholo- gy, how a given material might be used or re-used. Preus has referred to his work as existing in “temporary stasis,” which I must concede is a much more elegant term than “slow.” Like the Doppler effect, which explains why the frequency of a sound in motion shifts in respect to its observer, Preus’s work meets you where you are. It offers up its past, points the way to a more sustainable future, and embroils you in the day-to-day and the domestic through a practice heavily reliant on viewer involvement. 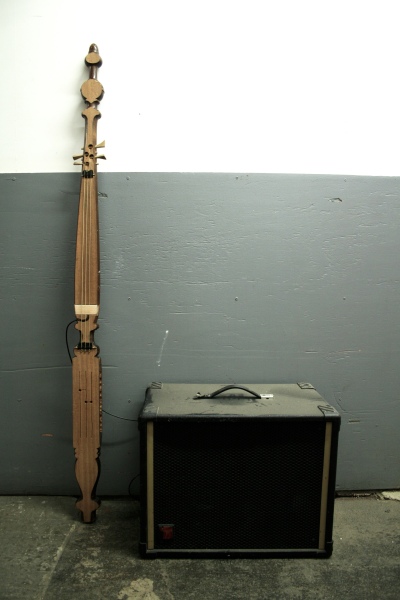 with Marvin Tate at the Black Cinema House 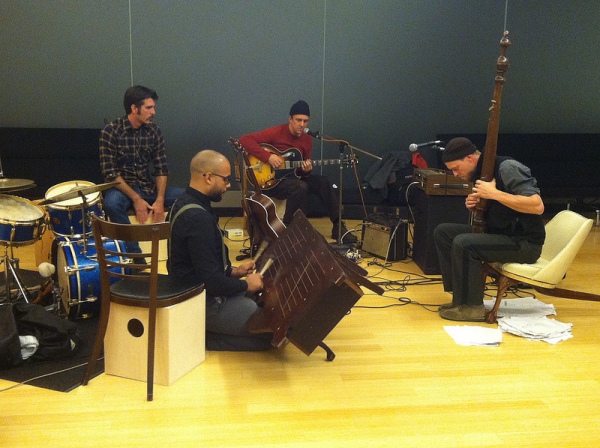